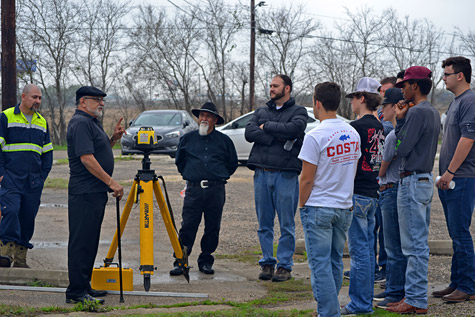 Setien and Associates hosted a great group of students in the Agriculture Facilities Design and Fabrication from Schertz-Cibolo-Universal City ISD Career & Technology for Job Shadow Day.

We really enjoyed opening our doors to the next generation of structural designers and steel fabricators, giving insights into our process from design to fabrication, along with hands-on learning, with the goal of providing the students with a better understanding of the skills and education necessary to succeed in the structural design and steel fabrication industry.

This was a great way for students interested in the structural design and steel fabrication field to learn, interact, and experience what this field offers. This group of students came prepared with questions and were enthusiastic about their experience at the conclusion.

40 years of not working 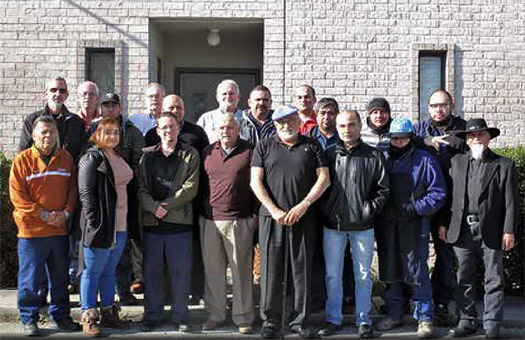 When Domingo Setien was 14 and getting ready to start his freshmen year at Central Catholic High School, he naturally was only interested in seeing his girlfriend. Every chance he could, he would go and visit the young lady. Her father, an engineer, had converted his garage into a work studio where he and his buddies would work on designs and brainstorm ideas.

"All these men would accumulate in the afternoon and evenings," recalls Setien. "I’m looking at these guys and they were jolly and laughing. They’d come in smoking their cigarettes and just going to town working at their tables. I was intrigued by their attitudes and how they were bouncing ideas off each other."

Noticing the frequent visits by Setien and being a protective father, he decided he had to disrupt the visits, as the two were too young to be seeing each other so often. He approached Setien during one of his visits and gruffly asked him if he wanted to learn the stuff they were working on. Suddenly, money seemed to be more important. As he learned, he earned – $.75 an hour to be exact, scrubbing drawings.

As he went through high school, he was doing more and more scrubs at night. Then, her father brought him on board at the company he was working for and introduced him to estimating.

"I’m a person that went to school and failed math every year," he says. "I just couldn’t put it together the way teachers were presenting it to me. They were using big words that would scare anybody, like ‘hypothesis of a triangle,’ ‘trigonometry,’ ‘A square plus B square.’ It didn’t make sense."

He was introduced to a job that involved ‘hoppers’ and ‘baffles’ for ‘precipitators,’ a fancy word for big ducts in a triangular formation. Suddenly, it all started making sense and became his passion and hobby. As an added bonus, he developed a "big brother, little brother friendship" with the girl’s father who became his best friend and mentor.

Setien earned his degree and eventually worked for a steel contractor who saw something in him.

"He saw that I was a workaholic, but I’m not," he says. "It was my passion, my hobby. If you like what you’re doing, it’s not work. Once you find your passion, you never get up to go to work."

Setien would eventually find that he liked doing miscellaneous projects, which he learned after being asked to help on a project when a key player fell ill. This project allowed him to work and challenge himself into the wee hours.

"I knew that I could not work for a company," he says. "I would be restricted and I liked challenging myself."

Setien & Associates isn’t just about structural design and steel fabrication. They are about educating and encouraging the next generation to find their passion.

"College isn’t for everyone. Mr. Nehemias Moreno, our public relations/marketing director and education consultant, has been researching jobs in the construction trades. He’s been connecting with local high schools hoping to bridge the gap." Their goal is to educate the youth who know college is not for them and let them know there is another way. 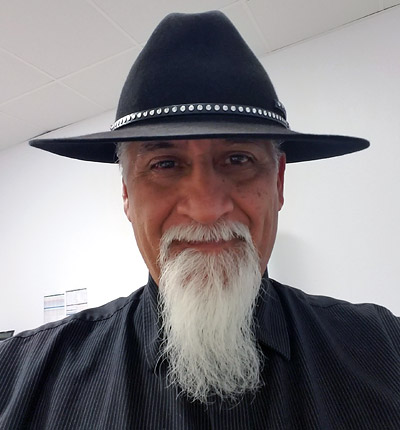 SAN ANTONIO - Born in Lamesa, a small town in the Panhandle of Texas, Moreno spent the first eight years of his life about 9 miles southwest of Lamesa in the midst of the cotton fields. At the age of six, he joined his parents, older sisters and brother to work in the cotton fields in Dawson County.

For the next 10 years, he would work every summer to earn money for school supplies and clothes. His father drove a tractor while the rest of his family worked in what they called “la limpia,” which means “to clean” and that is exactly what they did. They cleaned the fields of weeds.

Moreno’s parents insisted he and his siblings finish high school so they would not work in the fields for the rest of their lives as they had. Moreno worked in various construction jobs after graduating high school in 1981 from concrete work to framing and decking, to drywall, mostly as a helper. His two older sisters encouraged Moreno to go to college and in 1983, he enrolled in San Antonio College to earn his core credits and study volleyball, but after a year and a half, quit to work in a warehouse, making recreational products.

Moreno decided he needed to continue his education after he and his wife married in 1989. He enrolled at the National Education Center in San Antonio and earned his first Associates degree in just 18 months. After enrolling in Wayland Baptist University to acquire a bachelor’s degree, dropping out and working for several years in various jobs, he decided to apply at a charter school as a substitute teacher and was hired on the spot. After a couple of months, he was hired as a permanent substitute to teach recordkeeping and career prep. The following year he was asked to come back as a fulltime career and technology instructor and taught at the charter school for 12 years, and two years in the capacity of Outreach Coordinator and Recruiter.

Although Moreno had been out of school for 11 years, he enrolled at Palo Alto College and as a part-time student in 2003. It took him six years, but he acquired his second Associate degree, this time in Administrative Computer Technology. In 2013, at age 50, he enrolled at Texas State University and at the age of 54, he earned a Bachelor of Applied Arts & Sciences, through the department of Occupational Workforce and Leadership Studies. “Some people say that you are never too old, but I say, do it when you are young; it’s easier. During my time as a high school teacher, while looking for jobs for my students, I begin to research the construction industry.“

Moreno began working for Setien Group/Setien & Associates, a structural steel detailing and fabrication company in Schertz, Texas, after meeting owner, Domino Setien who allowed him to complete a capstone class for his degree. Upon completing the project, he was offered a job. His passion is still in helping make a connection between young people in schools and the construction industry. “I am very fortunate that the owner of Setien Group, Mr. Domingo Setien shares my vision and has given me the flexibility to go out and make those connections.” 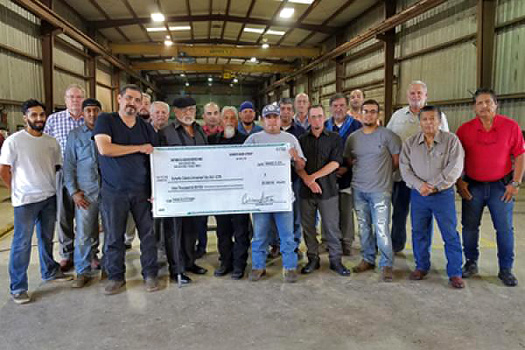 Setien Group is a Proud Sponsor of: